Due to Covid-19 some locations have adjusted lobby hours, please visit your local branch locations page here and call for most up-to-date information. As always our ATMs and Online Banking are open 24/7. 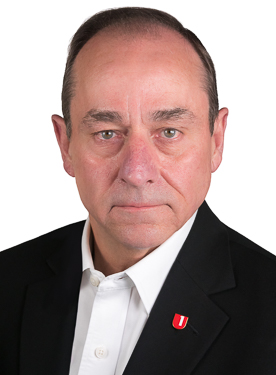 William Fahrendorf serves as Chief Administrative Officer for First United Bank, overseeing the planning and directing of the Bank’s staff and service functions, developing and overseeing staff and service policies, objectives and initiatives and monitoring operational performance. William is known by many as an individual with a keen ability to get things done.

He began his career with First United in 1971 and has spent the past 50 years contributing his time and efforts to the growth of the of First United. During his time with the bank, he has seen First United grow from a small town bank with one location and $23 million in assets, to a $11 billion financial institution with more than 85 bank, mortgage, and insurance locations in Oklahoma and Texas. William is the former Chairman of the Southeastern Foundation and the former President of both the Oklahoma State School Board Association and the Durant Board of Education. He graduated with a Bachelor of Science degree from Southeastern Oklahoma State University.

William and his wife Pam reside in Durant and have 3 daughters and 4 grandchildren.